Providing Services For Persons With Developmental Disabilities in Cowley County

To assist individuals with developmental disabilities in Cowley County and the surrounding area to achieve their optimal development of skills and abilities.

Providing Services For Persons With Developmental Disabilities in Cowley County 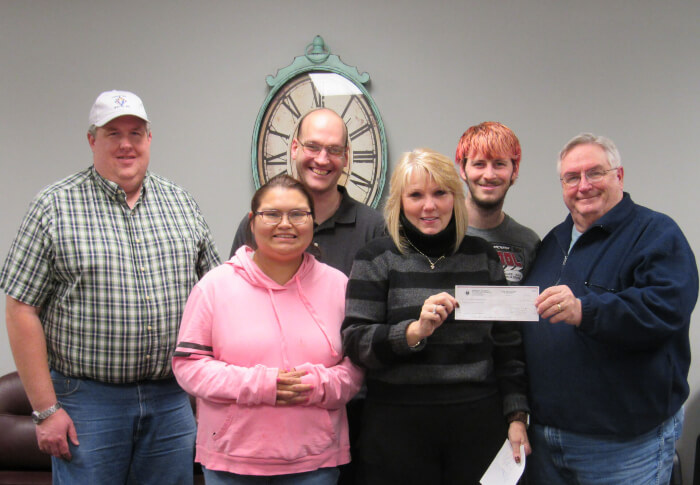 To assist individuals with developmental disabilities in Cowley County and the surrounding area to achieve their optimal development of skills and abilities.

All people are entitled to dignity, respect and fundamental rights, which include the right to live a safe, healthy and enriching lifestyle.  Seeking selfworth and potential for growth, individuals have the right to make personal decisions and choices that will have a positive impact in promoting their independence, integration and inclusion into society.

The primary advocate, for individuals with developmental and associated disabilities, proactively changing to better meet the individual need and desires of those we serve by providing the highest quality services.

Twin Rivers Developmental Supports, formerly Cowley County Developmental Services, is a private not-for-profit community-based facility established to provide services for persons with Intellectual Developmental Disabilities in the County.  It has been located at Strother Field since August 12, 1977.

Read More About Our History

In 1969, the challenge of providing special services for individuals with Developmental Disabilities was met when Hope Haven School was established in Arkansas City, Kansas by members of the Association of Retarded Citizens (ARC). The school operated for seven years through volunteer efforts and donations.  Mae Belle Jennings was the instructor for the six to seven students that regularly attended the school.

When the students moved to a program at Cedar View on the Winfield State Hospital and Training Center campus in Winfield, Kansas, Cookie McLaughlin met Orlan Underwood.  McLaughlin, the parent of a daughter with Intellectual Developmental Disabilities (and later on-board member), had worked as a volunteer and fund raiser for Hope Haven during the years it was in operation.  Underwood (later on-board member) was an instructor at Cedar View.

The two often talked about the possibility of a sheltered workshop for the developmentally disabled in Cowley County.  Once students met the state age requirement of 21, it was clear to Underwood that they hit a dead end.  There was no place for the students to go to use and/or continue the learning process.

With the help of the Cowley County Commissioners, ARC, and groups of supporters from the Winfield and Arkansas City communities, CCDS opened its doors on August 12, 1977, with one supervisor and 12 consumers.  Today, the facility has a staff of 66 and serves 86 consumers.

In accordance with the Kansas Developmental Disability Reform Act of 1995, CCDS was designated as the Community Developmental Disabilities Organization (CDDO) for Cowley County.  The purpose of the CDDO is to centralize local information of DD services to parents, guardians, and consumers.  One of the major responsibilities is to serve as a single point of entry for individuals requesting services and for agencies seeking to be service providers.  The CDDO must ensure that affiliate organizations are licensed (KDADS) and determine consumer eligibility for services based on licensing guidelines.  The CDDO must also ensure that individuals have choices for the types of services they want and are well informed about those options.  It is the responsibility of the CDDO to make sure that all special needs are met and that funding will be available for these services, provide emergency services and/or “next best option” if the original person centered support plan is not feasible.

The DD Reform Act brought many new challenges to CCDS including a Post Legislative Audit in 1999.  The audit found that the current structure for CDDO’s across the State of Kansas brought an “Inherent” conflict of interest, meaning only that the possibility for conflict is there.

Although there were no cited occurrences of conflict in Kansas, CCDS’ Board of Directors decided, once again, to be a leader and advocate for persons with developmental disabilities in Cowley County by creating a new service provider leaving CCDS as an independent CDDO with no connection to a service provider.

Twin Rivers’ was founded in April 2000, and continues to give persons served continuity in the services in the community and work services that they have received in Cowley County since 1977.

Manage Cookie Consent
To provide the best experiences, we use technologies like cookies to store and/or access device information. Consenting to these technologies will allow us to process data such as browsing behavior or unique IDs on this site. Not consenting or withdrawing consent, may adversely affect certain features and functions.
Manage options Manage services Manage vendors Read more about these purposes
View preferences
{title} {title} {title}